A sad story in the background? Story of Hello Neighbor

Hello Neighbor is a horror survival game. The game was developed by Dynamic Pixels and published by tinyBuild. The game received a lot of bad reviews when it first launched. But after many years, this game has very good reviews on Steam. Later, the official also launched some extra games, and even a sequel will be launched this year. So do players know that this horror game actually hides a chilling story behind it. Here we will share with players what Hello Neighbor is talking about.

The whole story begins with a family named Peterson living in the small town of Raven Brooks. Father Theodore Peterson is the main villain in the game. He has a wife, Diane Peterson, and two children, brother Aaron Peterson and sister Mya Peterson. The Peterson family had a very good relationship, but tragedy struck. 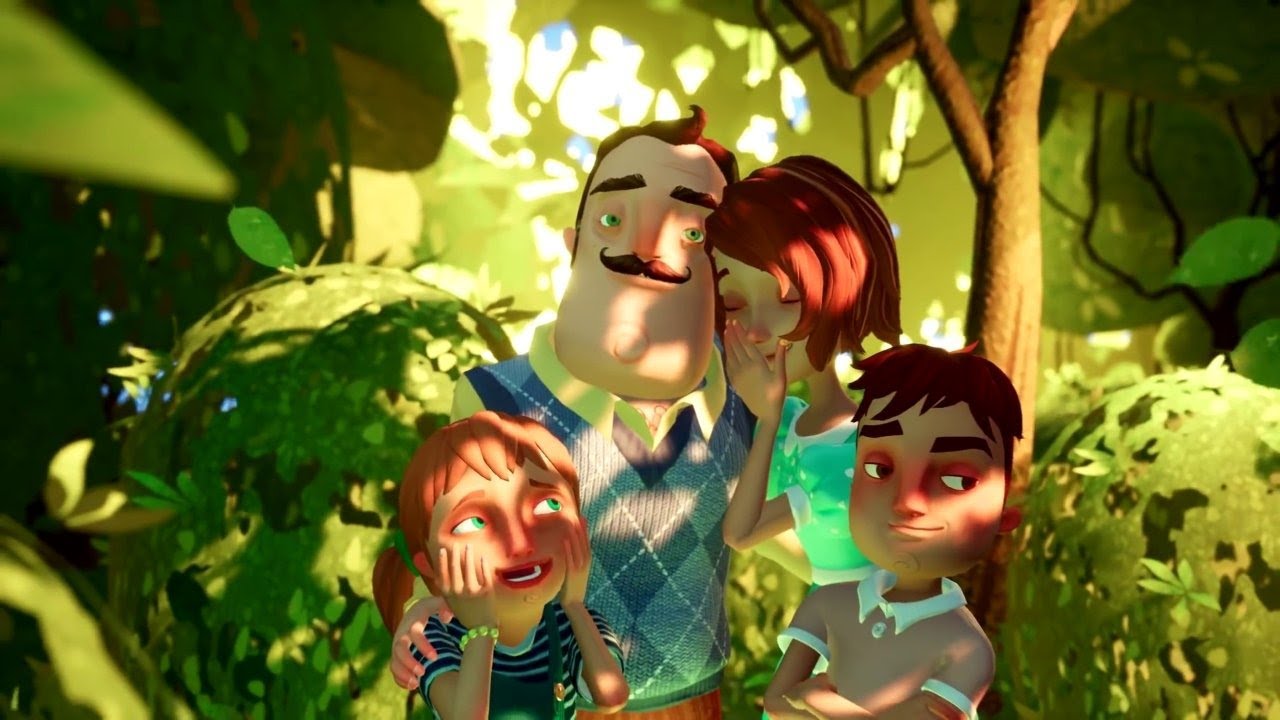 One day, Theodore and Diane didn’t come home for dinner, leaving Aaron and Mya confused and worried. When Theodore finally came home, the children found their mother had died. Later, Aaron started to become more and more angry. Once, Aaron invited Mya to play hide-and-seek and asked her to be a ghost. However, Aaron lured his sister up onto the roof. After an argument, Aaron pushed his sister off the roof in a fit of rage. After losing his wife and daughter, Theodore locked Aaron in the basement so he wouldn’t die like Diane and Mya did.

The protagonist Nicky Roth was on his way home when he heard screams. Nicky went to investigate and saw Mr Peterson lock Aaron in his basement. Just when Mr Peterson turned his head and cried, he accidentally found Nicky outside the window, so he rushed out of the window and grabbed him, and locked him in the basement with his son.

Once in the basement, Nicky was locked inside and couldn’t get out, and stayed there for two months.

Two months later, Aaron rescued Nicky from his cell. At this point, Nicky knew he had to escape to avoid getting caught again. As a result of the trauma Nicky had in the basement, he began to have hallucinations. He found that Mr Peterson’s home have expanded a lot, and there were a lot of asymmetrical architectural designs, but in fact nothing changed. This is because he has a fear of this home, thus he has a hallucination.

After working through a puzzle, Nicky finally escapes. When Mr Peterson tried to hunt him down, he realized it was more important to keep his son in the basement and gave up on Nicky.

Nineteen years later, Nicky left Raven Brooks to live alone in a messy apartment. One day, he received an expulsion letter. Since he couldn’t pay the rent, he had to leave the apartment within a week. At this time, he thought that he could still live in a place, his old house. When he returned to his old home, he found his house was very old and Mr Peterson’s house was just a pile of rubble. Suddenly, he saw a dark shadow appear at Mr Peterson’s house. When he confirmed it again, the shadow had disappeared. 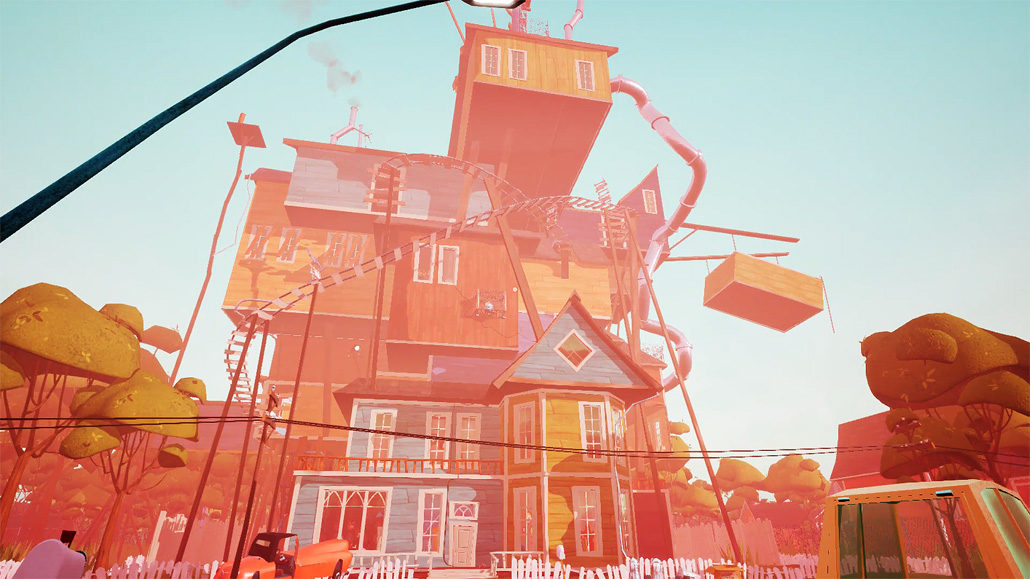 He felt that he might be hallucinating again, so he decided to lie down on the sofa and sleep. Later, he was woken by the screams of a child and found Mr Peterson’s house was back and bigger than before. That’s when Nicky realized that even though it had been a long time, he couldn’t live a normal life if he hadn’t faced his fears. Therefore, he returned to the basement where he was imprisoned. However, when he opened that door, there was Aaron in the shape of a cardboard.

In the basement, a very bright light suddenly appeared outside the window, and a very large Mr Peterson appeared in front of Nicky. Then, he needed to find a way to get into the house on Mr Peterson’s back. Afterwards, he must protect the younger version of himself from the giant Shadow. Every time the Shadow attacks, if Nicky successfully protects the boy, Nicky will grow bigger until he can fight Shadow. 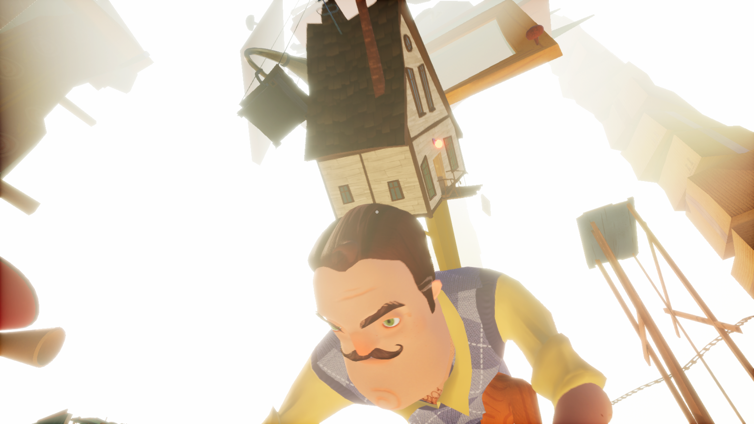 Nicky sees Mr Peterson in a small house after the Shadow is defeated. In another room stood a shadowy figure. This meant that Mr Peterson could never get over his fears. Finally Nicky woke up from his sleep and found that what he had just experienced was just a dream. But this dream is not just a dream for him, but a hope for a new life.

That’s it for the story of Hello Neighbor. If players are interested in getting a closer look at the storyline, you can watch our video.